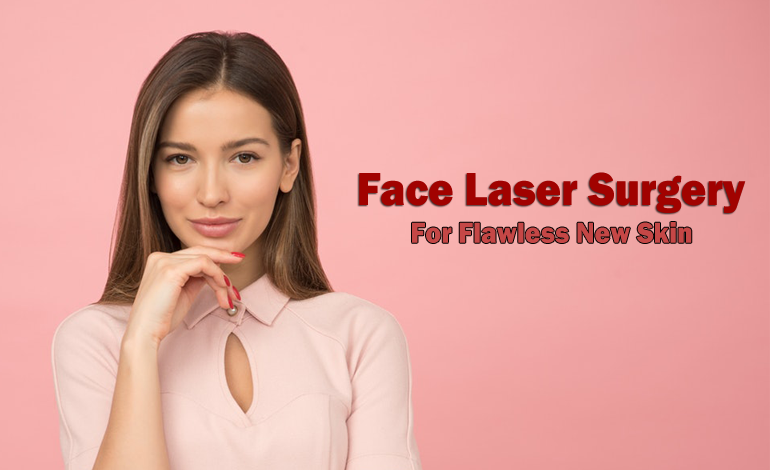 Wanting to look younger is not a recent trend by any means. The idea of the Fountain of Youth has always excited people. While the search for that is still on, technology has come up with several new treatments that help you rejuvenate your skin and look younger. Laser surgeries are popular because of their non-invasive nature. And because they are non-invasive, recovery time is also drastically less than other surgeries. But before we discuss the laser surgeries that can help us achieve younger looking skin, let’s find out why our skins look the way they do as we age.

How Age Affects our Skin

Our skin undergoes several physiological changes as we age which affect the process of collagen synthesis within the dermis. The cellular turnover rate is reduced which exposes older looking skin. Volume, elasticity, and loss of water are some of the factors due to which our skin shows signs of aging like discoloration, sagging, and dehydration. So, the primary idea behind anti-aging treatments is to speed up the rate of cellular production.

Face laser surgeries are extremely instrumental in reversing the signs of aging, along with treatment of several other skin conditions like acne, pigmentation, etc. Purified light energy having a particular frequency is pointed at a specific spot, and the intensity of the beam depends on the skin condition you have. Specialists use more than one type of laser to treat different dermatological problems. More specific the target, lower the energy required so that you suffer from fewer side effects. Laser treatments are used to correct several skin conditions like unwanted tattoos and hair, aging problems, acne scars, spider veins, birthmarks, rectifying crow’s feet, dark circles, skin tightening, smokers’ line, vascular lesions, skin pigmentation, frown lines, etc.

There are different types of lasers that are used for skin therapy. Which laser type is to be used for which condition depends on the pulse duration, the wavelength of the light and the way in which the skin targeted is going to absorb the light. Face laser surgeries are broadly classified into two categories: Ablative Lasers and Non-Ablative Lasers.

The term ‘ablation’ means removal of body tissue by surgery. True to its name, ablative lasers involve the removal of the outer layer of old skin by ejecting an intense wave of light on the skin. The laser results in the formation of collagen in the underlying skin, and thus the wrinkles that were formed due to sun damage get fixed. After the treatment, an ointment is applied to the skin and the area is dressed. It takes some time for the skin to heal, but the new skin that forms is much tighter and smoother. There are two types of ablative laser treatments: Carbon Dioxide Laser and Erbium Yttrium-Aluminum-Garnet (Er: YAG) laser.

These work underneath the top layer of the skin, unlike the ablative lasers which peel off the skin surface. There are three kinds of non-ablative laser therapies:

As with any other surgical procedures, laser therapies also have a certain amount of risk involved. Some ablative therapies are known to cause cold sores, infections, skin darkening or cysts. Non-ablative laser therapies may cause blisters, eye damage if exposed directly to the laser, and skin darkening. But with the advancement in technology, the precision level of these laser treatments has also reached new heights so that side effects are much fewer in number. Because of the number of choices that you have, it is better to consult a renowned and experienced dermatologist before zeroing in on the laser procedure that will be perfect for your skin.